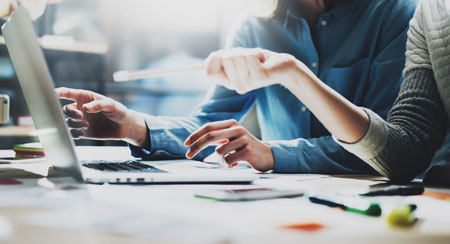 Recent Developments That May Affect Your Tax Situation

The following is a summary of important tax developments that have occurred in the past three months that may affect you, your family, your investments, and your livelihood. Please call us for more information about any of these developments and what steps you should implement to take advantage of favorable developments and to minimize the impact of those that are unfavorable.

For businesses, the legislation permanently reduces the corporate tax rate to 21%, repeals the corporate alternative minimum tax, imposes new limits on business interest deductions, and makes a number of changes involving expensing and depreciation. The legislation also makes significant changes to the tax treatment of foreign income and taxpayers, including the exemption from U.S. tax for certain foreign income and the deemed repatriation of off-shore income.

Regulations issued for electing out of new partnership audit rules. The IRS has issued final regulations on the election out of the centralized partnership audit regime rules, which are generally effective for tax years beginning after Dec. 31, 2017. Under the new audit regime, any adjustment to items of income, gain, loss, deduction, or credit of a partnership for a partnership tax year (and any partner’s distributive share thereof) generally is determined, and any tax attributable thereto is assessed and collected, at the partnership level. The applicability of any penalty, addition to tax, or additional amount which relates to an adjustment to any such item or share is also be determined at the partnership level. However, new regulations provide guidance on how eligible partnerships that are required to furnish 100 or fewer Schedules K-1 (Partner’s Share of Income, Deductions, Credits, etc.) may elect out of this new regime.

Safe harbor methods for nonbusiness casualty losses. The IRS provided safe harbor methods that individual taxpayers may use in determining the amount of their casualty and theft losses for their personal-use residential real property and personal belongings. Taxpayers often have difficulty determining the amount of their losses under the IRS regulations. In order to provide certainty to both taxpayers and the IRS, the safe harbor methods provide easier ways for individuals to measure the decrease in the fair market value of their personal-use residential real property following a casualty and to determine the pre-casualty or theft fair market value of personal belongings. In addition, the IRS provided a safe harbor under which individuals may use one or more cost indexes to determine the amount of loss to their homes as a result of Hurricane and Tropical Storm Harvey, Hurricane Irma and Hurricane Maria.

Deductions denied for house rented to daughter. The Ninth Circuit determined that married taxpayers weren’t entitled to claim business deductions with regard to their second house that they rented to their daughter at below-market rates. During 2008 through 2010, the taxpayers reported rental income from daughter ($24,000 for 2008, $24,000 for 2009, and $6,000 for the first three months of 2010) and claimed deductions relating to the property for, among other things, mortgage interest, taxes, insurance, and depreciation. Overall, they claimed net losses for each year of $134,360, $84,600, and $107,820. The Court determined that the daughter’s use of the house was, in effect, personal use by her parents for purposes of Code Sec. 280A(d)(1)’s limit on deductions with respect to a dwelling unit used for personal purposes. Because she didn’t pay fair market rent, they didn’t qualify for an exception to the general rule in Code Sec. 280A(e) disallowing deductions in excess of rental income.

Standard mileage rates increase for 2018. The optional mileage allowance for owned or leased autos (including vans, pickups or panel trucks) increased by 1¢ to 54.5¢ per mile for business travel after 2017. This rate can also be used by employers to provide tax-free reimbursements to employees who supply their own autos for business use, under an accountable plan, and to value personal use of certain low-cost employer-provided vehicles. The rate for using a car to get medical care increased by 1¢ to 18¢ per mile.

Damage to home’s concrete foundation was deductible casualty. The IRS provided a safe harbor that treats certain damage resulting from deteriorating concrete foundations as a casualty loss, effective for federal income tax returns (including amended federal income tax returns) filed after Nov. 21, 2017. The safe harbor applies to any individual taxpayers who pay to repair damage to their personal residence caused by a deteriorating concrete foundation that contains the mineral pyrrhotite. The safe harbor is available if the taxpayer has obtained a written evaluation from a licensed engineer indicating that the foundation was made with defective concrete containing the mineral pyrrhotite.

Please note that for tax years beginning after Dec. 31, 2017 and before Jan. 1, 2026, the personal casualty and theft loss deduction is suspended, except for personal casualty losses incurred in a Federally-declared disaster.

Taxpayer was liable for million dollar FBAR penalty. The Ninth Circuit found that a taxpayer willfully failed to file a Report of Foreign Bank and Foreign Accounts (FBAR) where IRS assessed a penalty of approximately $1.2 million penalty against the taxpayer for failing to disclose her financial interests in an overseas account. The Court rejected a variety of the taxpayer’s arguments, ranging from the contention that the imposition of the penalty violated the U.S. Constitution’s excessive fines, due process, and ex post facto clauses, to assertions that it was barred by statute of limitations or treaty provisions.