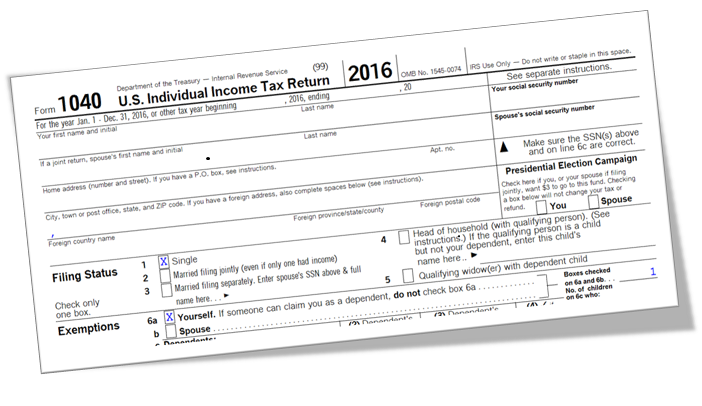 Recent Tax Developments That May Affect Your Tax Situation

The following is a summary of important tax developments that have occurred in the past few months that may affect you, your family, your investments, and your livelihood. Please call us for more information about any of these developments and what steps you should implement to take advantage of favorable developments and to minimize the impact of those that are unfavorable.

Healthcare bill moves through Congress. On May 4, the House of Representatives passed along party lines the American Health Care Act (AHCA), the Republican plan to repeal and replace the Affordable Care Act (ACA, also known as Obamacare), as amended. The House-passed bill would need to be reconciled with the Senate’s version of health reform legislation.

The AHCA would repeal virtually all of the ACA tax provisions, including the following. (Except as otherwise provided, the repeal would go into effect in 2017).

The 40% excise tax (the so-called “Cadillac” tax) on high cost employer-sponsored health plans, would be delayed until 2026, but would not be repealed.

On July 13, the Senate leadership released its healthcare bill, renamed the Better Care Reconciliation Act of 2017 (BCRA), as amended, for consideration. It left most of the provisions of the House-passed bill intact, but notably did not call for the repeal of the 3.8% NIIT, the 0.9% additional Medicare tax, or the disallowance of any deduction for compensation in excess of $500,000 for certain health insurance executives.

Still time to make expensing election on amended returns. The tax law’s expensing rules allow a business to elect to currently deduct the cost of business machinery and equipment—up to a dollar limit—instead of recovering its cost via depreciation over a number of years. The Protecting Americans from Tax Hikes Act of 2015 (the PATH Act) made a number of important improvements to the expensing break. The main changes were that the $500,000 annual expensing limitation and $2 million investment ceiling amount were retroactively extended and made permanent (they were to have expired after 2014). Additionally, the PATH Act made the following changes to the expensing break, effective after 2015: the $500,000 annual expensing limitation and $2 million investment ceiling amount was made subject to inflation indexing; expensing of qualified real property was made permanent without a complex carryover limitation that applied under prior law; the $250,000 expensing limitation that applied to qualifying real property under prior law was eliminated; and certain air conditioning and heating units became newly eligible for expensing.

Noting that there has been taxpayer confusion about making an expensing election for tax years that begin after 2014, the IRS announced that, for any tax year that begins after 2014, a taxpayer may make an expensing election for any expensing-eligible property without the IRS’s consent on an amended Federal tax return for the tax year in which the taxpayer places in service the expensing-eligible property.

IRS releases next year’s inflation adjustments for health savings accounts (HSAs). Eligible individuals may, subject to statutory limits, make deductible contributions to an HSA. Employers, as well as other persons (e.g., family members), also may contribute on behalf of an eligible individual. A person is an “eligible individual” if he is covered under a high deductible health plan (HDHP) and is not covered under any other health plan that is not a HDHP, unless the other coverage is permitted insurance (e.g., for worker’s compensation, a specified disease or illness, or providing a fixed payment for hospitalization).

IRS’s private debt collection program kicks off. IRS announced that beginning in April, it will start sending letters to notify “a relatively small group of individuals” with overdue federal tax that their accounts have been assigned to one of four private collection agencies (PCAs). The assignments were authorized by legislation enacted in 2014. PCAs are authorized to discuss payment options, including setting up payment agreements with taxpayers. But, as with cases assigned to IRS employees, any tax payment must be made, either electronically or by check, to the IRS. The IRS also warned taxpayers to be wary of scammers posing as PCAs, and to keep in mind that a legitimate PCA will only be calling about a tax debt that the person has had—and has been aware of—for years and had been contacted about previously in the past by IRS.

Reissued proposed regulations explain new partnership uniform audit rules. A law enacted in 2015 (The Bipartisan Budget Act of 2015, signed into law on Nov. 2, 2015) eliminated the TEFRA unified partnership audit rules (so-called because they were introduced in the Tax Equity And Fiscal Responsibility Act of ’82) and the electing large partnership rules, and replaced them with streamlined partnership audit rules. Under these new rules, the IRS generally can’t adjust partnership items on a partner’s return except by a unified entity-level proceeding, which is binding on all partners and allows IRS to make the necessary corresponding adjustments on the partners’ individual returns. The new rules generally are effective for returns filed for partnership tax years beginning after Dec. 31, 2017, but taxpayers can elect to apply them earlier. Additionally, certain small partnerships can elect out of the new partnership regime.